The Advisory Board serves as a consultative body and gathers experts and leaders of the Polish ICT community. Its aim is to create a direct channel for the exchange of knowledge, best practices and information between members of the Board and the Polish cybersecurity industry. The main task of the Board is to support the cluster in setting strategic directions for future activities. Moreover, members of the Board support Cluster development projects and key initiatives. The council meets at least twice a year. 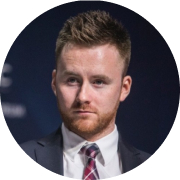 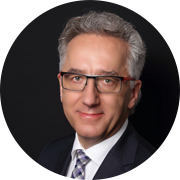 Andrzej Dulka, the President of the Polish Chamber of Information Technology and Telecommunications, is highly experienced in managerial positions in high-tech and telecommunication industries and an industry activist.

He has been involved in the ICT industry for 25 years, incl. being the CEO, President of the Board and Head of sales in Poland and Central and Eastern Europe in Alcatel Lucent.

He is a PHD in automation and has completed studies in management.

For his contribution to the development of the telecommunication industry he has been granted the Golden Cross of Merit by the President of Poland in 2010. He also had been honoured with the Golden Cyborg award. 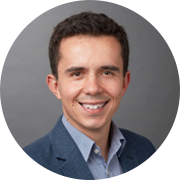 He has been dealing with technological innovations since 2013. Deputy director of the Department in the Krakow Technology Park. First, he managed the Technology Incubator in Krakow, then he sat on the management board of an investment fund. He created and managed the KPT ScaleUp acceleration program for industrial startups. Currently, he is building hub4industry, a hub of digital innovations for industry. He has extensive experience in working with corporations and technological startups. Regional ambassador of the Startup Poland foundation and co-founder of the startup umbrella organization in Krakow. A graduate of doctoral studies at the University of Economics in Krakow. 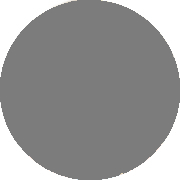 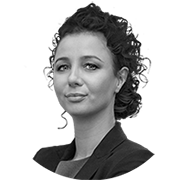 Izabela Albrycht
Chair of the Programme Committee at CYBERSEC 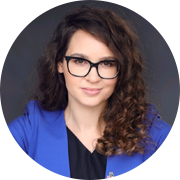 Leading expert in corporate finance and fund management. Having previously worked in consulting, in 2016 she became an advisor to the Minister of Economic Development. Responsible for management of the State’s innovative projects portfolio, she spearheaded the MinFinTech programme as well as digital initiatives in the fields such as education or finance. In 2017 appointed an Advisor to the Prime Minister on Innovation Policy and Finance. Since the GovTech Polska Programme’s establishment in April 2018, she is serving as Head of the GovTech Polska Programme – Poland’s largest initiative aimed at bringing and implementing the innovation and digital revolution to the Public Sector. She was appointed the Prime Minister’s High Representative for Government Technology in March 2020 and currently serving as Head of the GovTech Centre in the Chancellery of the Prime Minister. For her actions, she has received multiple awards, including Forbes 30 under 30, Digital Shape, the Digital Eagle award and the Innovation Eagle award. 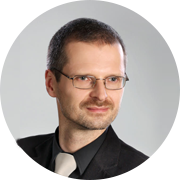 Marek Kisiel-Dorohinicki
Director of the Institute of Computer Science, AGH University of Science and Technology

University teacher, computer engineer and researcher associated with AGH University of Science and Technology for over 20 years. Currently Director of the Institute of Computer Science and Chairman of the Scientific Discipline Board for Information and Communication Technology. Member of the Committee on Informatics of Polish Academy of Sciences and the Scientific Council of Polish Information Processing Society. Founder and Head of the Forensic Software Lab and AGH-UST Cybersecurity Center. Leader of numerous research and development projects, the effects of which have been applied in the work of services and institutions related to public safety. Author of over 150 scientific publications on the border of artificial intelligence and software engineering. 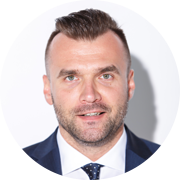 As the President of Digital Poland Association (ZIPSEE), he has been representing the largest manufacturers and distributors of electrical and electronic equipment in Poland for 16 years. Connected with Digital Europe, an organization of Europe’s largest association of the ICT sector, where twice held the position of Board Member. Chosen by the minister of digital affairs to take a seat in the ministry’s Council for Digitization. He is an initiator of nationwide debates regarding changes in copyright law, taxing, environment protection as well as public procurement and cybersecurity. As a manager in IT and consumer electronics industry with many years of experience, he is actively engaged in development and promotion of digitization in Poland. He successfully supports substantive and honest discussion  regarding member – companies of Digital Poland Association, which comprise a significant share of consumer electronics and IT industry investing in Poland. 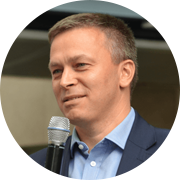 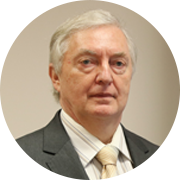 Specialist in the field of ICT security technologies and Cyber security solutions. Worked for many years as part of the national administration structures and ministries including the post of Department Director in the National Security Bureau. Since 2003 he has been Chairman of his own private consulting firm – Trusted Information Consulting ltd.

Holds and expert position in the field of audits and information security management. Co-author of publications in the field of cryptography. Took part in many science projects dealing with and implementing e-signature solutions and PKI infrastructure.

He helped implement major IT technologies and projects in the field of environmental protection as well as spearheaded the establishment and implementation in Poland of the EU Integrated Administration and Control System (IACS) which controls and administers direct payments of EU funds to the farming industry.